Preventing the risk of malnutrition

Justin and Justine are twins born prematurely at 36 weeks. At birth, Justin weighed 1.96 kg and Justine 2.3 kg. Unfortunately, their mom passed away after delivery and their dad had little means to provide for the children. After being hospitalized at the hospital of Tsévié for a few days, they were referred to us for further medical and nutritional care. 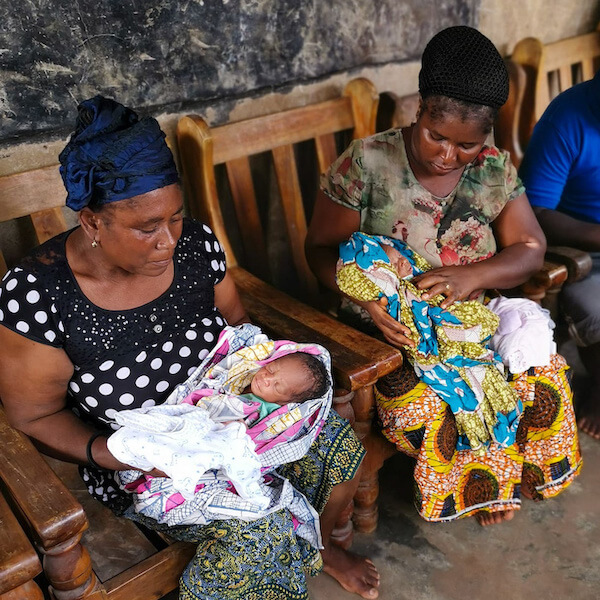 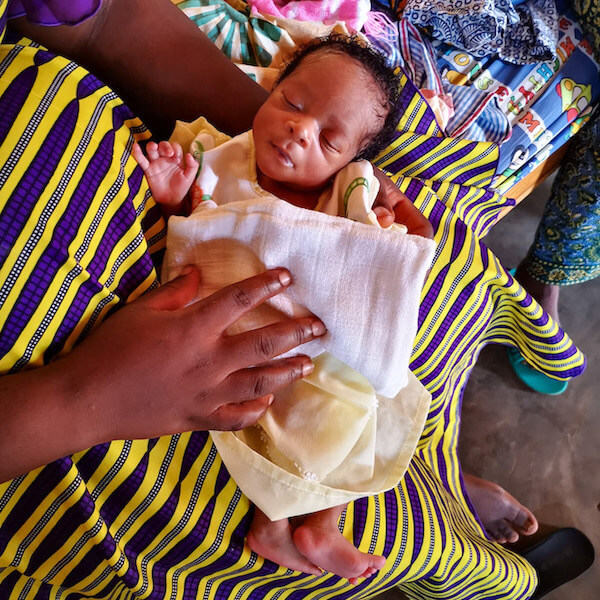 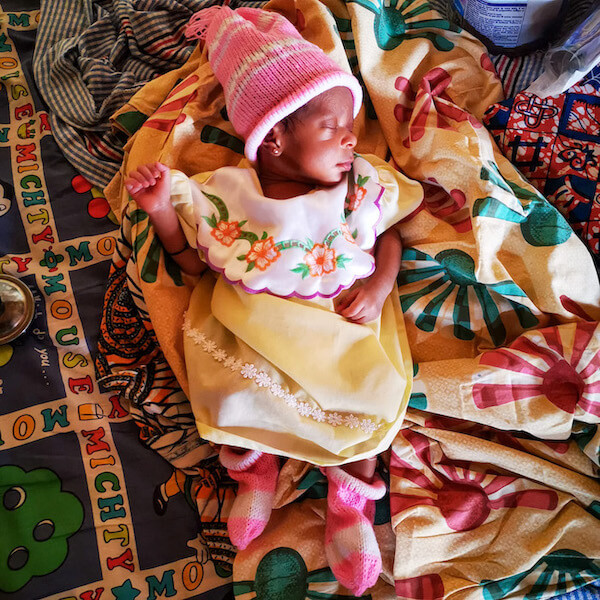 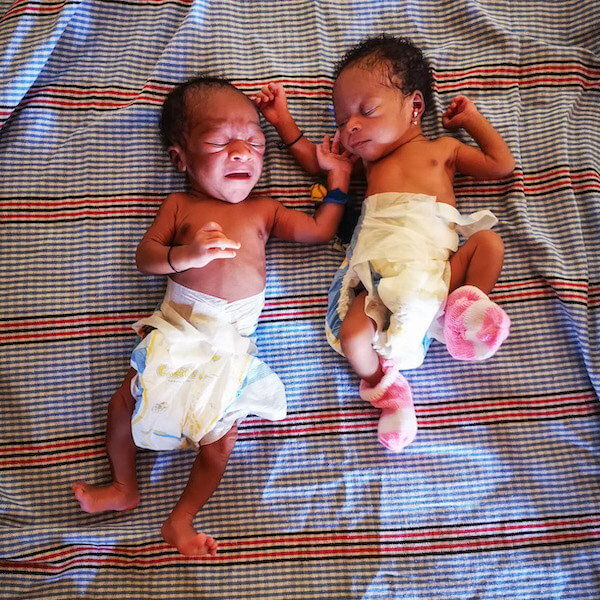 Donation of artificial milk and food supplies to prevent undernutrition. 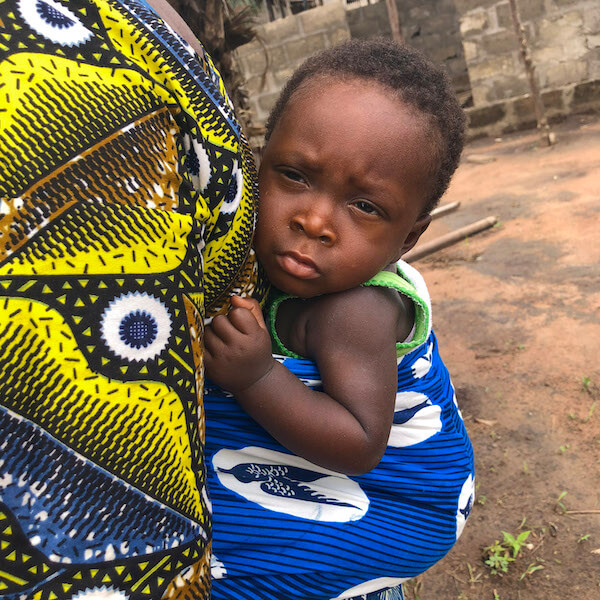 Justine, who had suffered from undernutrition, is doing wonderfully! We have now ended the monthly food supplies as she no longer requires them. We will continue to check on her regularly and offer treatment whenever she is sick.⁠ 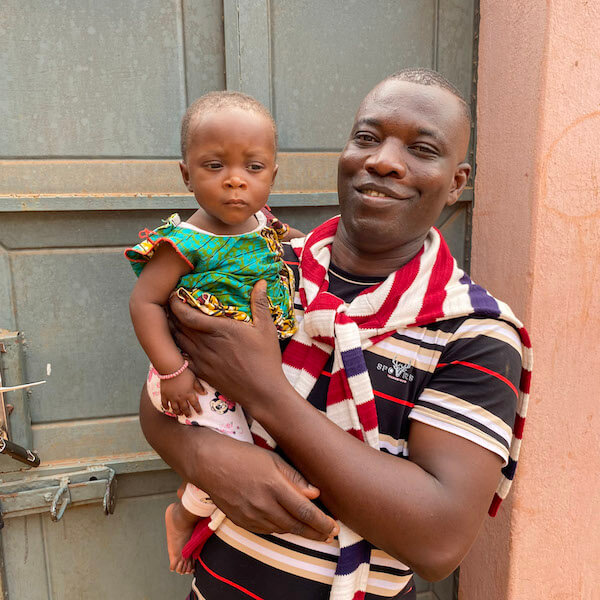 We received Justine this week and gave her grandmother a supply of corn and soy for the preparation of fortified porridge. She is doing well and now weighs 6.35 kg at 11 months.⁠ 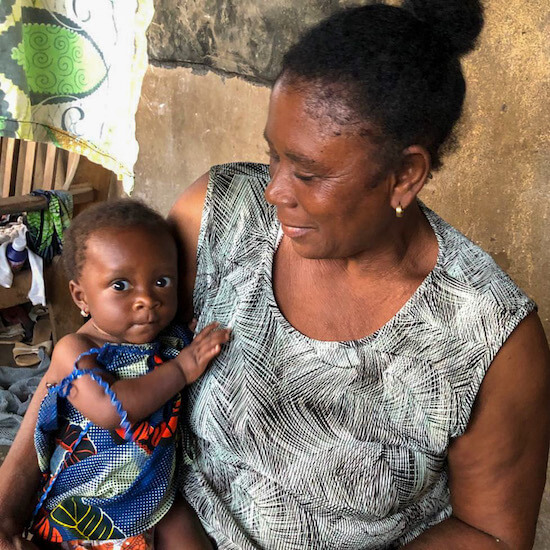 This week, we carried out the monthly donation of food supplies for Justine. She is doing great!⁠ 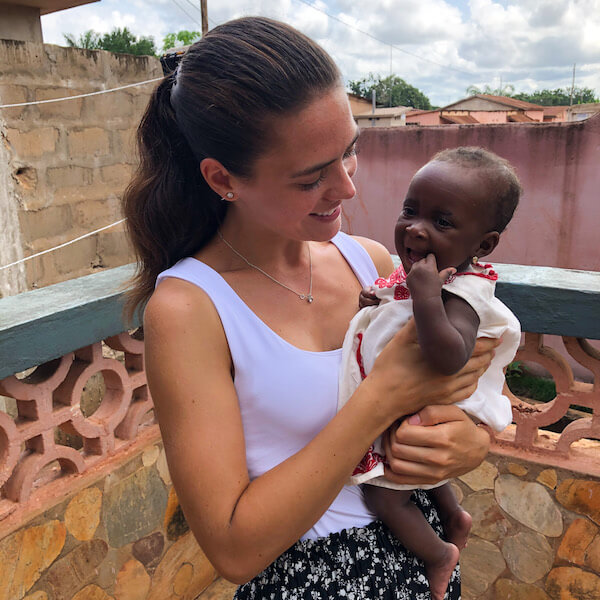 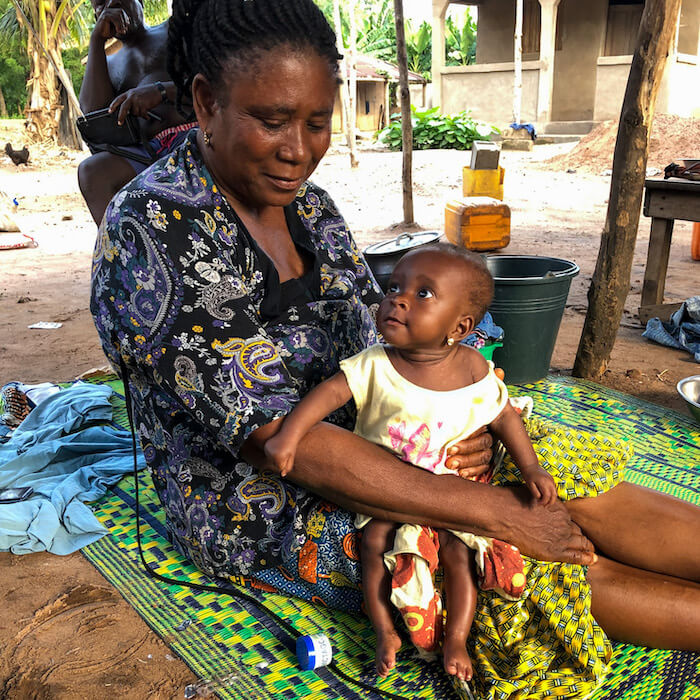 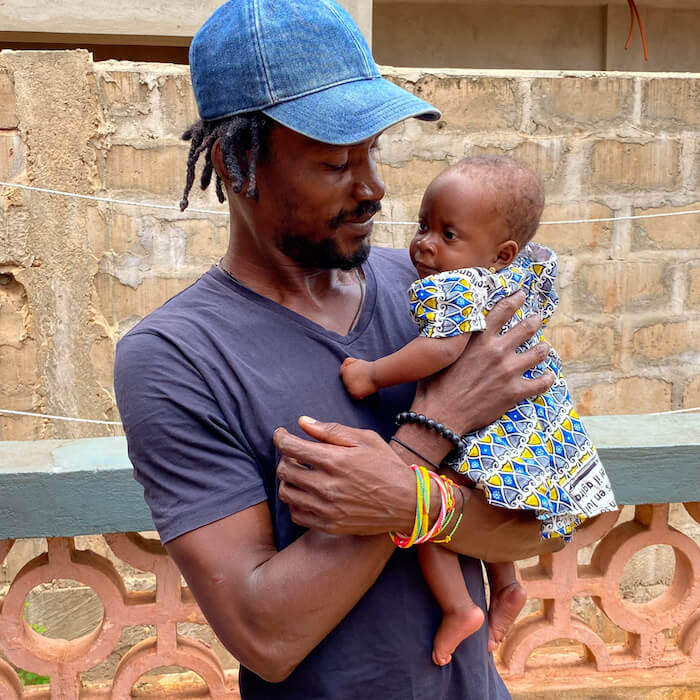 Justine gained 350 g in one week thanks to the donations of enriched porridge and weighs 4.19 kg at 6 months. This weight gain is very encouraging. She was in great shape and cheerful during the consultation!⁠

It is with deep sadness that we inform you of the death of our little Justin.
Justin was admitted in emergency at the hospital of Tsévié. He was suffering from an infection, with severe dehydration, vomiting and diarrhea, and a temperature of 40°. We believe that the infection was caused by a lack of hygiene during the preparation and administration of the milk. Because of their prematurity and undernourished state, the twins have had a very low immune system since birth. Justin had already suffered from an infection in April, which required hospitalization. This week, Justin was quickly admitted to the intensive care unit. He was put on oxygen and a nasogastric tube. Despite all the efforts of the caregivers, Justin passed away on August 5th. It is very difficult for us to get over this loss. We will keep Justin in our hearts forever, and we will continue to support his family through this difficult time. We remain available for any questions, and would like to thank you more than ever for all the support you provide to our children ❤️ 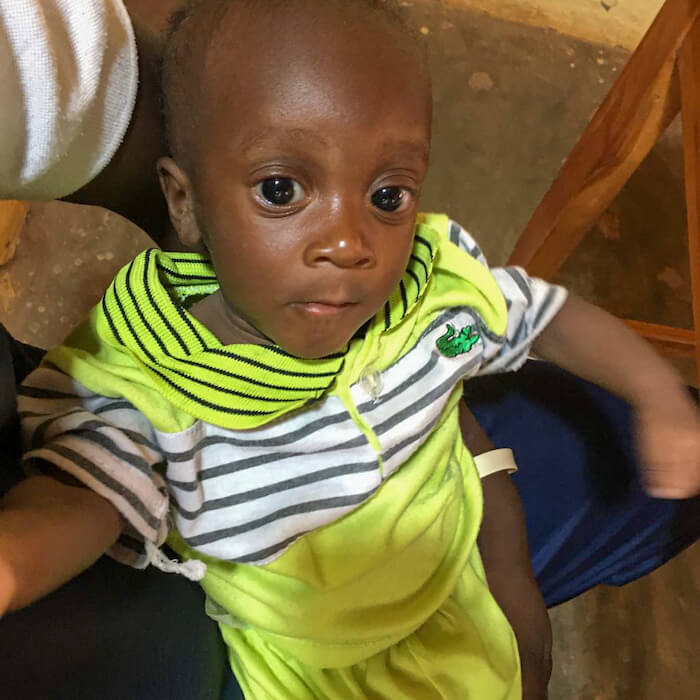 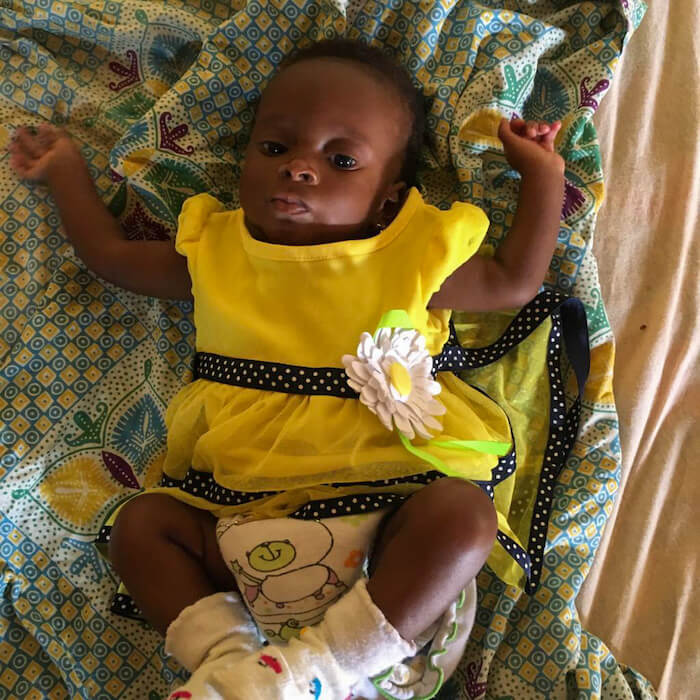 Justin and Justine, who were born prematurely, are still struggling to gain weight and are severely malnourished, despite our weekly donations of artificial milk. We believe that the weight loss is due to the fact that the milk is not prepared and administered correctly by the grandmother, despite our guidance. We changed our strategy and advised her to prepare the milk in a cup and mix it with soy-based nutritional porridge, as suggested by the city hospital’s pediatric specialist. 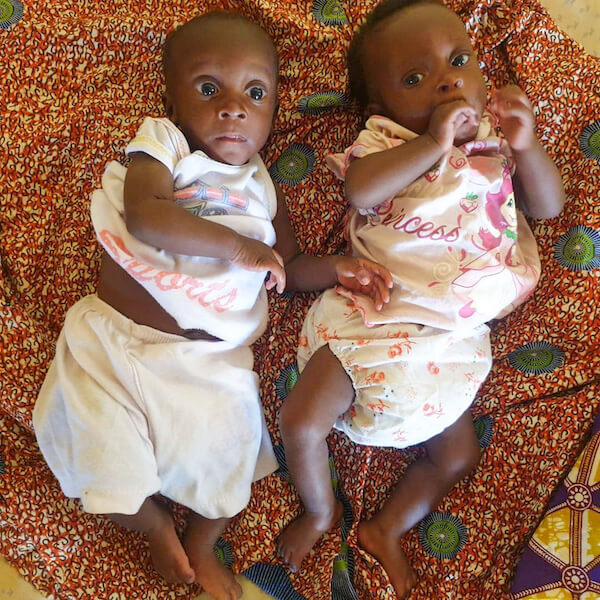 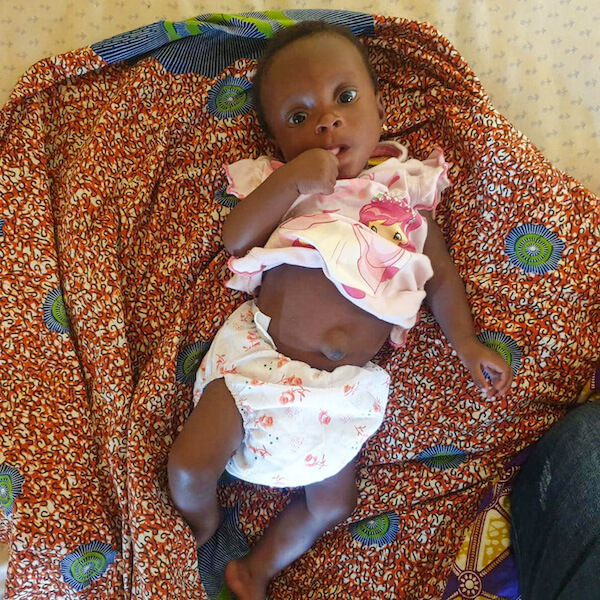 Justin was very sick last week. He was suffering from diarrhea and vomiting after feeding, as well as signs of dehydration. His condition was due to the use of baby porridge. In fact, it is important that children are not fed with porridge before six months old. We took the time to educate his grandmother on this issue, and we treated him. Justin and Justine are doing well today, but we are paying close attention to their weight gain. At nearly four months old, they weigh 3.51 kg and 3.46 kg respectively. 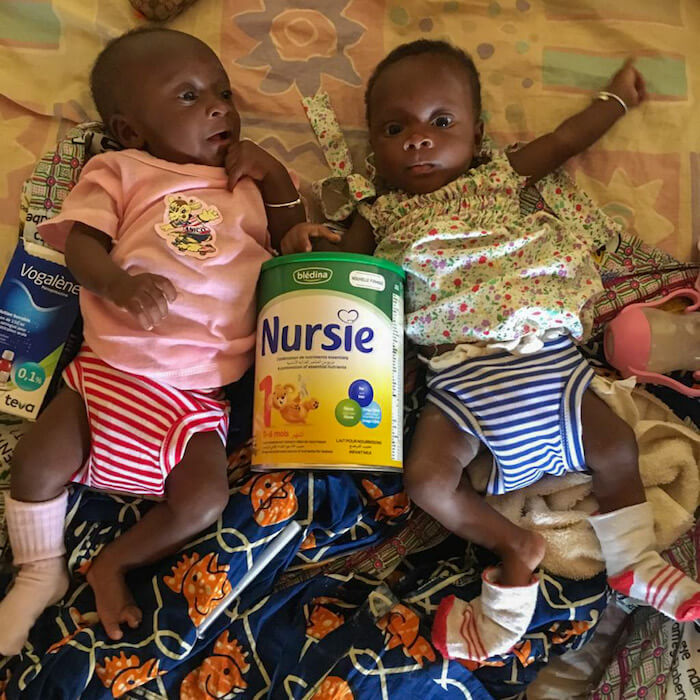 Justin and Justine are both doing well! They are stagnating a bit in their weight gain, but we are not worried. We continue to donate artificial milk as they are slowly gaining weight. 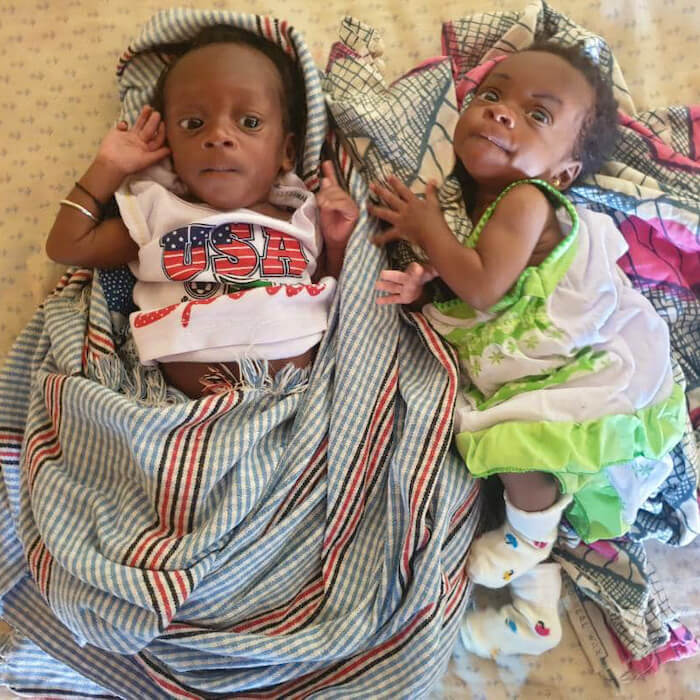 Our little twins are doing very well and have gained almost 300 g each! At 7 weeks, Justine weighs 2.95 kg and Justin weighs 2.88 kg. We gave them new boxes of artificial milk. 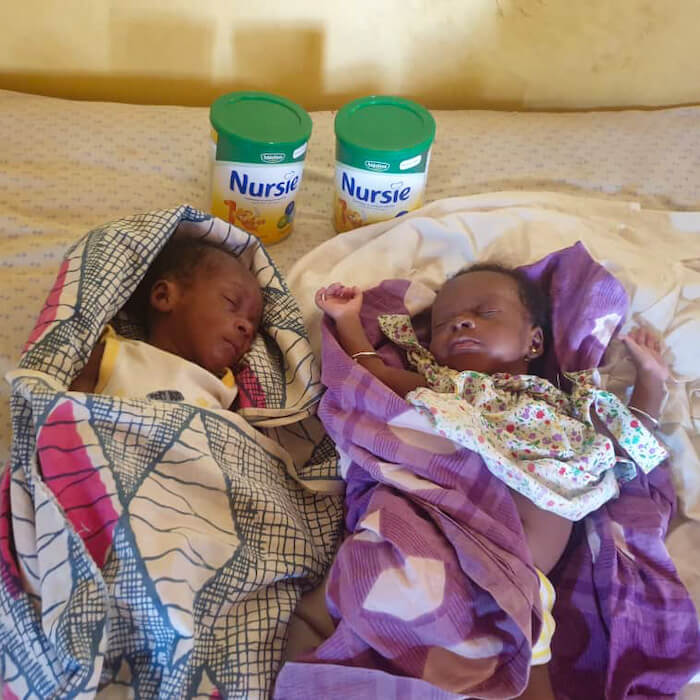 Justin is finally out of intensive care and has left the hospital this week. We weighed him as soon as he was discharged, and he has gained 300 g since he was admitted at the hospital last week! He and his sister are now taking artificial milk very well. Justine weighs 2.5 kg and has gained 100 g in one week. We gave them two new boxes of artificial milk and a treatment for mycosis. 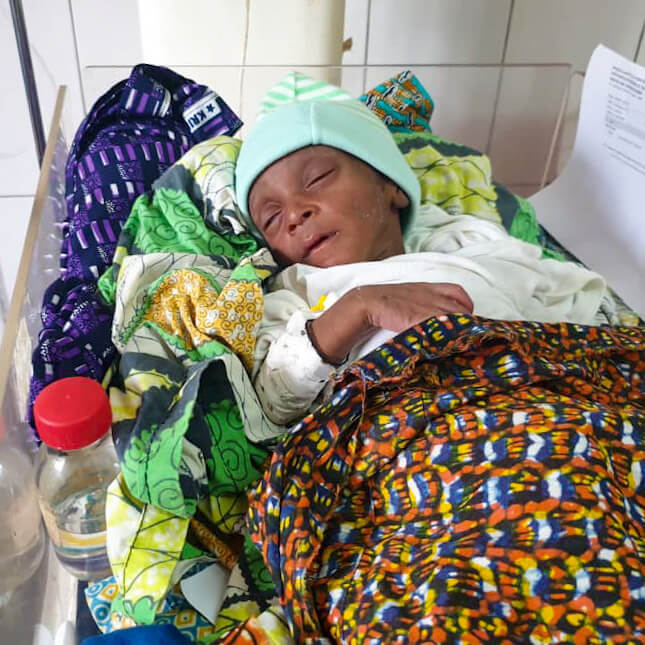 This week, our little Justin (2.2 kg at three weeks old) was admitted to the hospital in an emergency. He was suffering from vomiting, diarrhea, dyspnea and severe dehydration. He was immediately admitted to the intensive care unit and put on oxygen. He also had a nasogastric tube to feed him, and had severe anemia, which required a blood transfusion. As the blood bags could not be found in Lomé, the family had to drive to Ghana to get them. We have financed the hospitalization and all the necessary treatments. Currently, Justin is getting better, and if his condition allows it, he will be released from the hospital this Monday.

We believe that Justin’s infection was caused by the preparation of the milk. We reminded his grandmother of the hygiene precautions to follow, and we showed her the procedure again. We also gave the family two new boxes of artificial milk for Justin and his twin sister Justine. 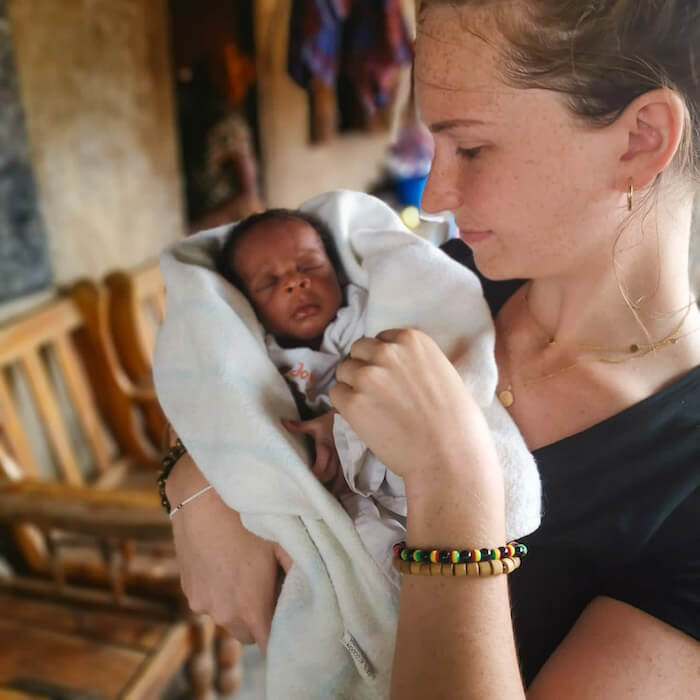 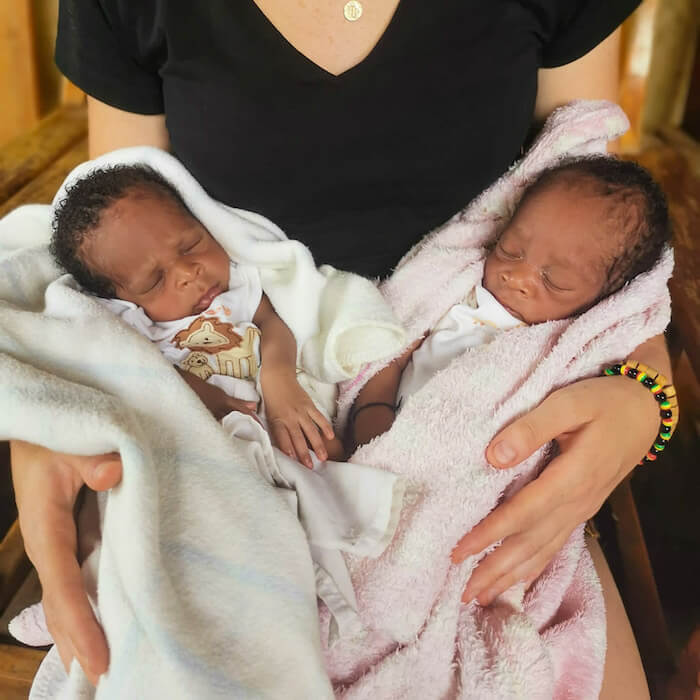 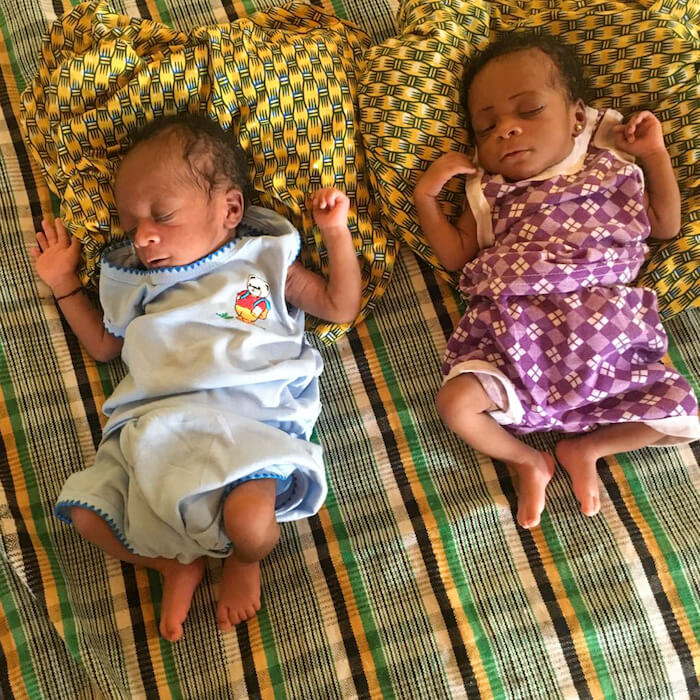 The twins have not gained much weight during this first week of care. Indeed, Justine and Justin have gained 200 g and 110 g respectively since their last visit to the center. Currently, Justine weighs 2.5 kg and Justin weighs 2.07 kg at just over two weeks of age. We visited them at their home and explained again to their dad the precautions to follow. Indeed, as soon as the children cried, the family would give them food. We explained to them that they were not necessarily hungry and that the cries might be related to other needs. We gave them a new box of artificial milk and we will see them again next week. 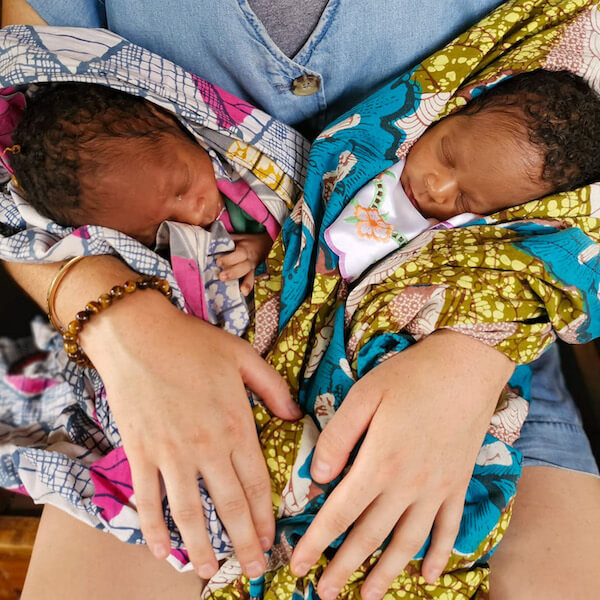 During the first consultation, we donated two boxes of artificial milk to Justine and Justin’s grandmother. We explained to her how to prepare the milk, as well as the necessary hygiene precautions. We later visited them at their home to evaluate their milk intake and offer them some clothes. We will see them again next week at the center to evaluate their weight gain.